A sliver of coal bearing geology on the east coast of Sutherland gave Brora its place in history, allowing it to become the industrial centre of the Highlands. Four hundred years ago, a visionary countess established the first of the coal-based industries. In 1598, Lady Jean Gordon, Countess of Sutherland, established a salt works, a place where sea water was heated by local coal in large shallow metal pans.

360 interactive, outside the 16th Century Office.

These early saltpans were short-lived, and a second attempt at producing salt was started in 1768, when John Williams, a renowned mineral surveyor, introduced a second wave of salt pans to Brora.

For over 200 years, the remains of these enterprises lay buried in the shifting sands of Brora’s Back Beach. Then erosion began to reveal tantalizing glimpses of great stone walls and thick seams of black, red and orange debris in the coast edge. From 2006 to 2011, the Clyne Heritage Society worked with a team of local volunteers and the SCAPE Trust to rescue information from this unique site before it was too late. 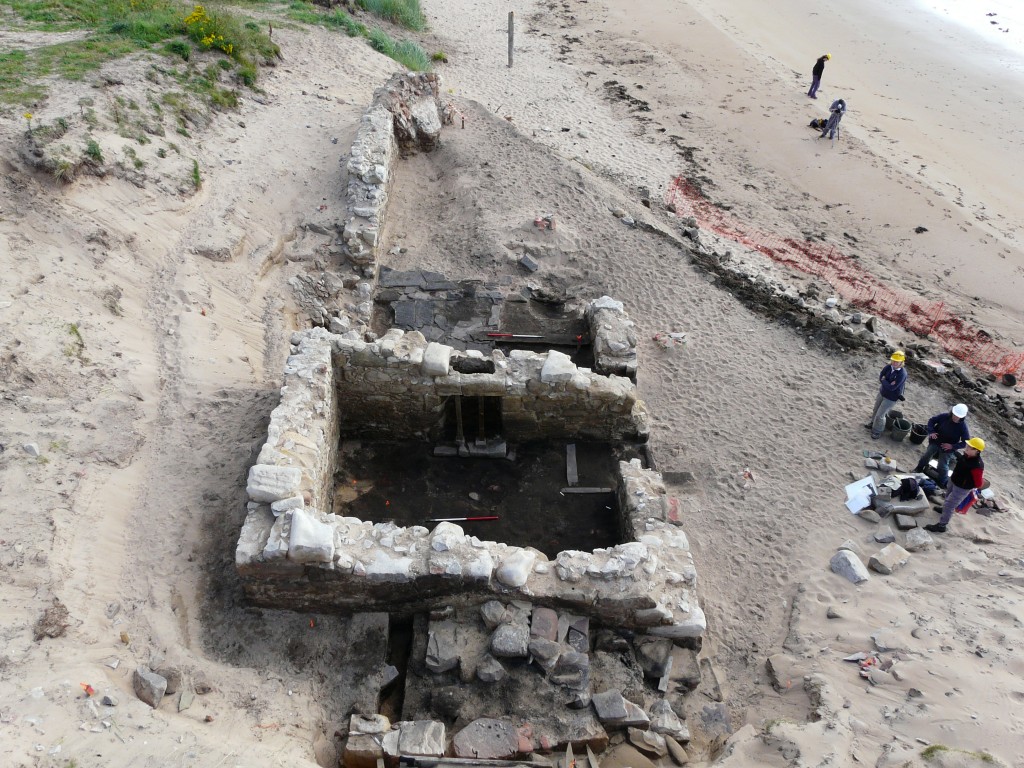 They excavated two sites, revealing buildings and other evidence of the salt industry. Their work was done just in the nick of time, because in 2012, winter storms caused the sea to wash away most of the buildings of the earliest salt pan. most of the earlier site was washed away by the sea. 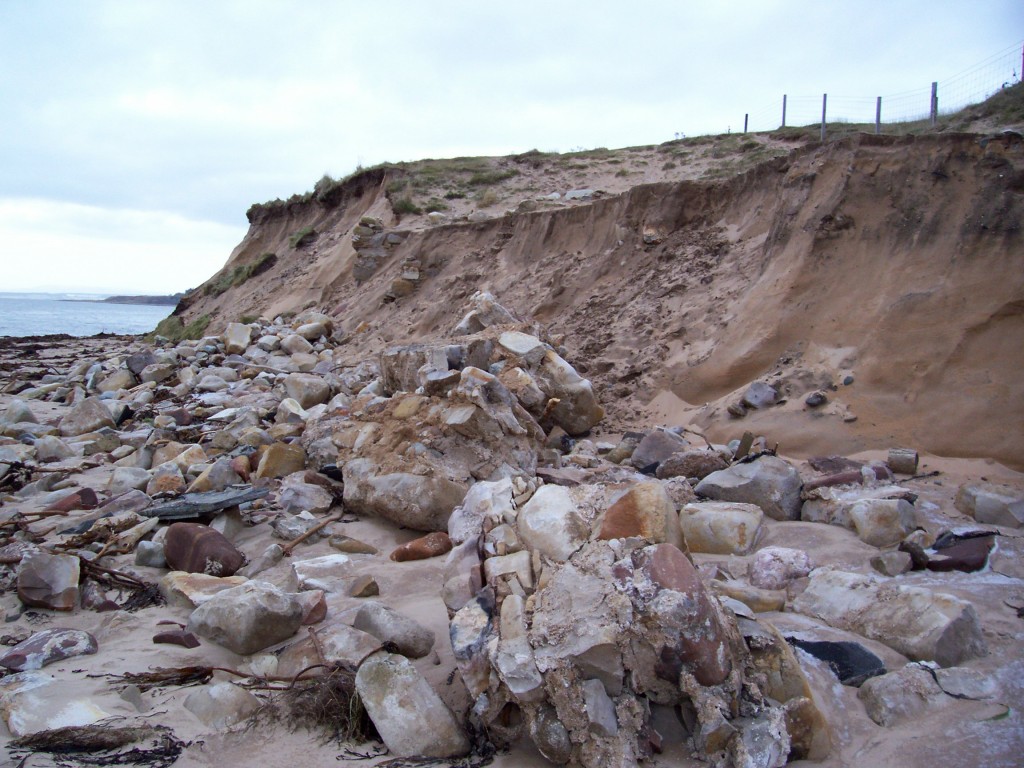 Image – debris on the beach

Using the excavation evidence and supported by contemporary historical records, we have recreated both of the Brora salt pans as they would have been in the 16th and 18th centuries. The layout, buildings, materials and every object that you see are based on what was found during the archaeological project (for more information, visit http://www.shorewatch.co.uk/brora/ ).

Brora provides a striking example of the damage that the sea can cause, and of how local communities can work together to rescue information before it is too late. This short film by US filmmaker Regan Alsup shows the sixteenth century saltpans when they were being excavated and includes interviews with some of the participants of the dig.

To see the web version of the Brora Salt Pans – download the viewer.

To see the full version of this model and the township of Caen, together with artefacts, visit the Timespan Museum and Arts Centre in Helsmdale.