In 1930, the inhabitants of St Kilda left their homes and evacuated the island. Many of them never returned, leaving the village deserted and bringing to an end a way of life that had developed on the most remote island in Britain. 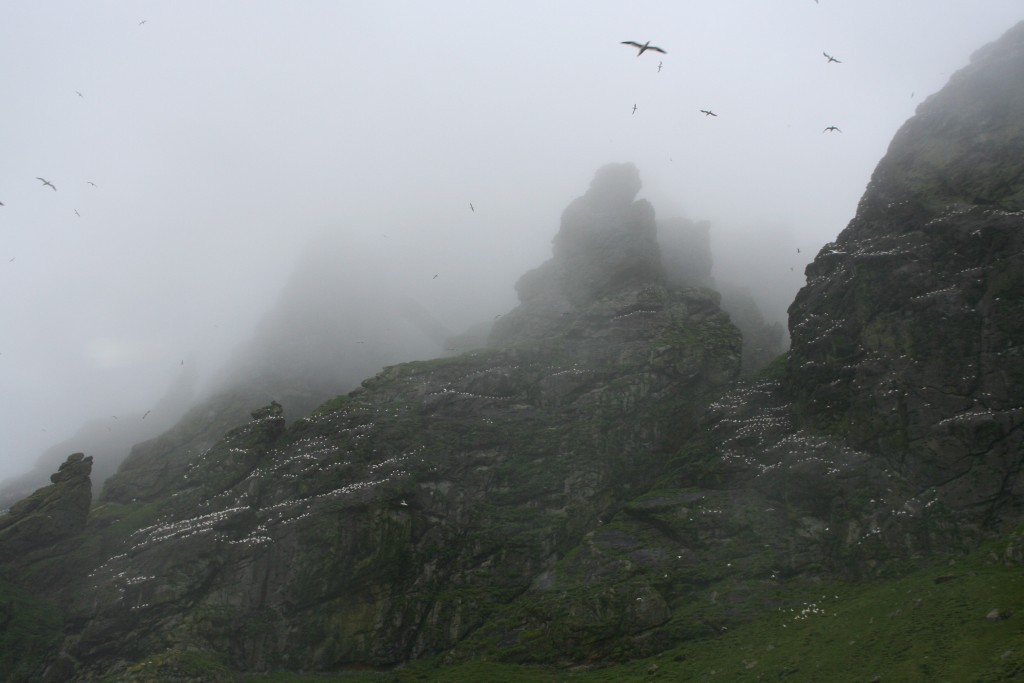 Eventually, the National Trust for Scotland were bequeathed the island group, which they manage in partnership with Scottish Natural Heritage and the Ministry of Defence. They have worked to restore many of the houses, and in recognition of the unique cultural and natural heritage of the island group, dual World Heritage status has been given to St Kilda.

On a clear day, St Kilda can be seen on the horizon from its shores of North Uist in the Western Isles, its closest inhabited neighbour. Although there has long been a link between the two islands, visiting the island today is not easy. In order to celebrate past ties, and to help make St Kilda more accessible, the museum staff at Taigh Chearsabhagh suggested creating a virtual model of the island as it would have been in 1890..

Panorama, the island of Hirta

The model shows the island and  Village Bay. Exploring the built structures and field systems, the cleits and the traditional stone houses provide an insight into island life before the evacuation in 1930.

To see the web version of the St Kilda model – download the viewer.

To see the full version of this model, contact Taigh Chearsabhagh in Lochmaddy, North Uist.